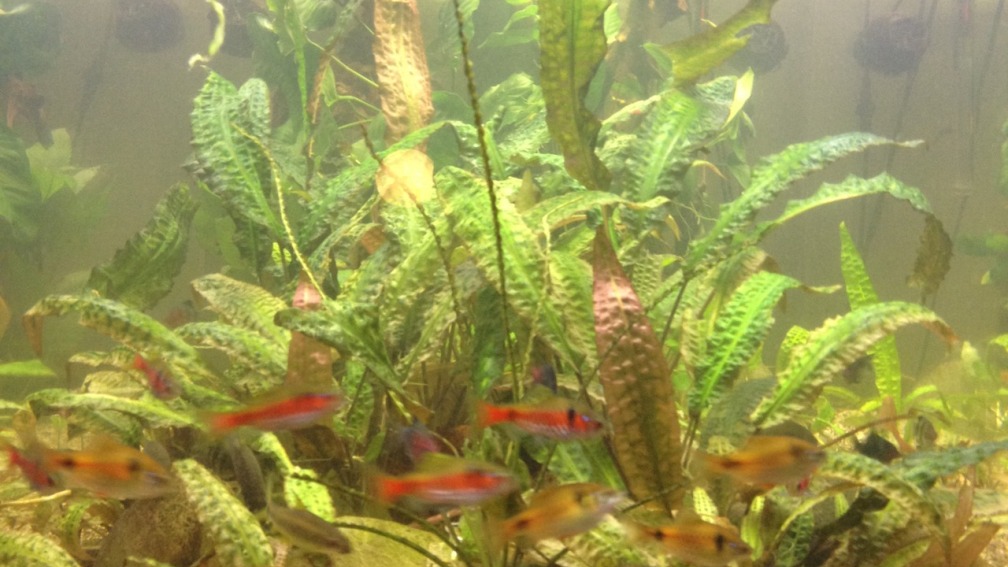 Stands on 4 shelves of a Scandinavian furniture store

Vegetables (paprika, cucumber, zucchini)
Further information:
After I sold the aquarium my EB "to be continued" before Christmas 2014, I was able to fulfill a long-cherished wish.
A new aquarium manufactured to my measurements made of acrylic glass.
Better transparency because the greenish tint is eliminated and most importantly, it is just as heavy as two cases of beer. A pool of 12 mm glass in the size weighs multiples.
As a base I bought 4 shelves "Kallax" and put the aquarium on after assembly and testing.
By chance I came in two cars "Solar Stinger LED bar" and two months currently to a third party. In the pictures there are only two ready.
The LED light is very beautiful, and the power consumption of only 80 watts of course a profit. If I'm keeping the WW intervals, it is bright enough for the Crptocorynen.