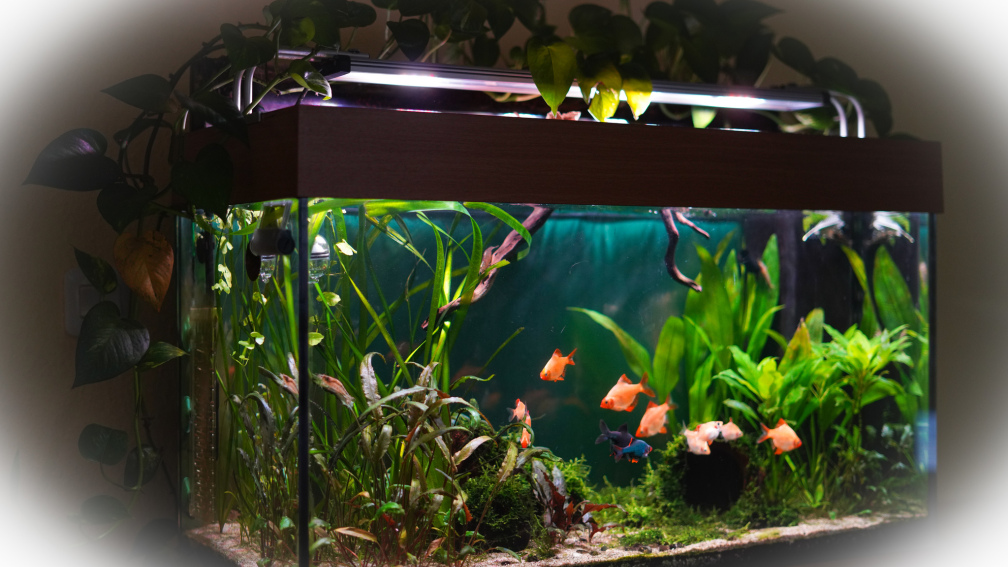 Description of the aquarium:
Category:
Asia / Australia
Tank size:
81x36x50cm = 125 liters ~ 33 gallons (us)
Specific features:
It is a jewel Rio 125 standard pool, which is open operated with retrofitted LED light and bespoke glass plant trough, whose plant is supplied by an additional pump with aquarium water.


The plant trough includes Seramis and there the following plants are located:

Special features of the facility:
A terracotta amphora

In addition, 2 moonlight spots, under the plant trough, attached.

1. Filterwatte: Takes large dirt particles in the water and thus serves as a mechanical pre-filter.

2. Nitrax: is a biological filter medium and contains special microorganisms to degrade toxic metabolites (ammonia / nitrite) in the aquarium.

3. coarse filter sponge: Used for mechanical filtration and bacteria offers the chance to establish themselves in the aerobic zone.

Have removed after the then start-up phase the "carbon filter Schramm".

The plant trough is also powered by a submersible pump with aquarium water.

The robbery Tower snails were used because I had to deal with a "snail plague".

Is measured by the sera Tröpchentest.

Since the pool is operated openly and evaporates water, also about 10 liters of fresh water are added out after about a week.

Every now and then cucumber, but this will only be accepted from experience from the Amano.

Frozen foods is not enough.
Further information:
After a long illness, I again found time to add something to the aquarium. Thus, illumination of daylight simulator Lighting Control LC14 1-channel, company sensolight was in things installed and another Moonlight Spot attached.

After the inventory of Bitterling Barben continued to decline, unfortunately only one female is inside the tank.