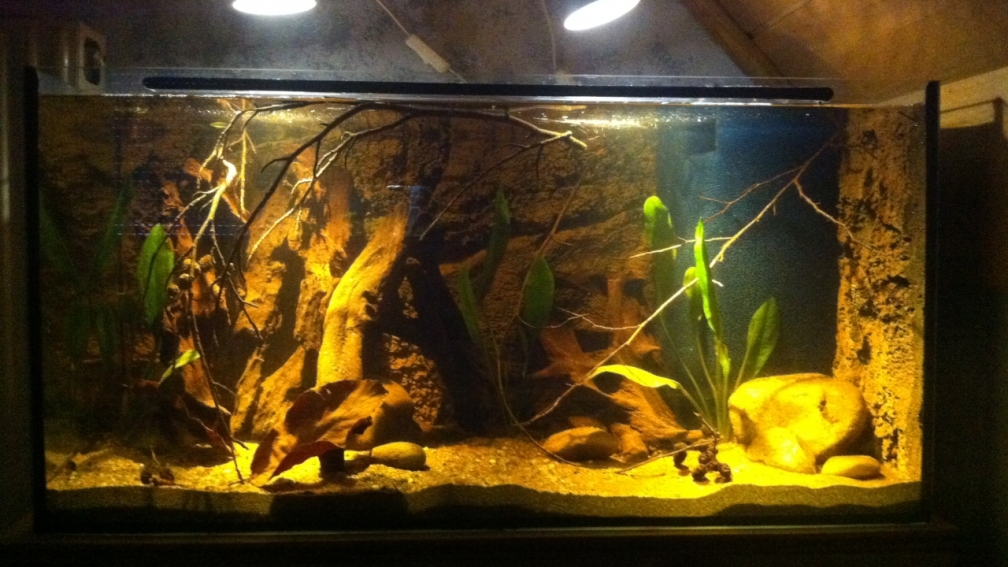 The Black or Small-flowered Amazon sword plant is commonly known as Echinodorus parviflorus and known under the trade name "Echinodorus peruensis". It belongs to the sphere of E. grisebachii, in tropical America a widespread kind, which includes E. grisebachii 'amazonicus' and E. grisebachii 'Bleherae' count. Originally E. grisebachii form was probably imported from the Amazonian part of Peru and Bolivia.

Under the name E. parviflorus plants were cultivated for decades, that should have formed only under short-day conditions inflorescences. The today traded as E. parviflorus plants differ slightly from this. The common name "Black sword plant" refers to the fact that the nerves from sprouting new leaves are colored often more or less dark reddish brown.

E. grisebachii 'Parviflorus' is developing a relatively undemanding, only moderate light needy sword plant that pretty sheeted rosettes. It is not as well known and is also rarely offered as the up to 50 cm high and wide expectant E. grisebachii 'Bleherae', but is much better than this as a specimen plant for mid-size pool with its stature height of no more than about 30 cm.

For aquariums of 100-200l. The filter is infinitely variable.

-> Multiple filtering as with an external filter

Water change is made every week .. 30 liters with deionized water
Feeding:
Frozen