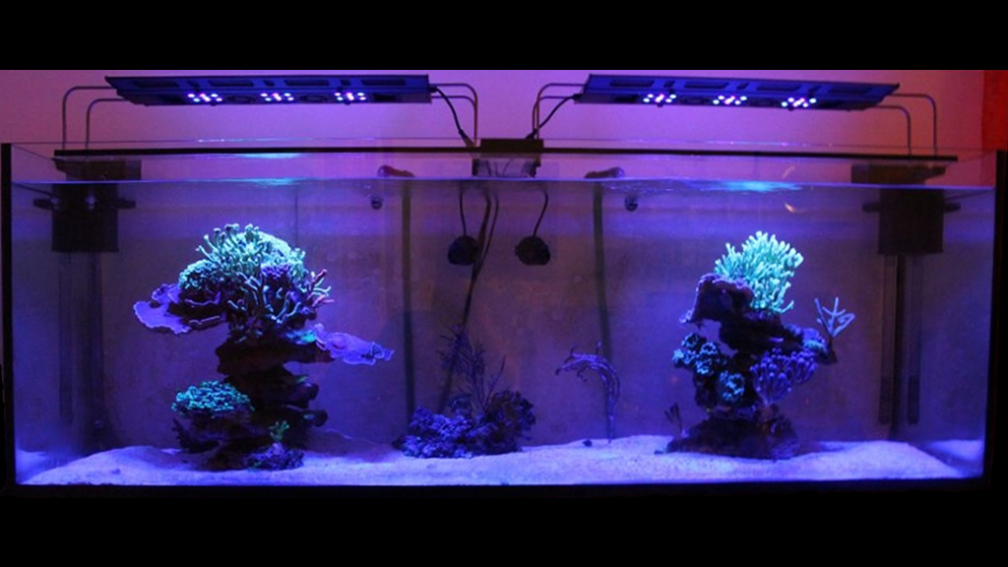 Description of the aquarium:
Category:
Salt water
Tank size:
200x60x70 = 840 liters ~ 221 gallons (us)
Specific features:
The new project has been completely reconsidered and structured differently. There are no more holes, the overflow via two Tunze Overflow boxes. The glass is a special float glass, diamond ground with a center bar. The underbody is reinforced. The structure of the cabinet is a Ytong wood mix with base plate.

Special features of the facility:
The pool has two Riffsäulen and a small central stone building, on a massive overhangs was deliberately omitted. The advantage lies in the significantly better flow around the coral and the more varied environment for the animals. The Riffsäulen are excavated and secured with a PVC-U pipe.

The Razor lamps simulate the sunrise at the integrated light computer and SunaECO be supplied switch in the main time.
Filtration:
Filtering via the sump 100x40x40 with 3 chambers.

Chamber 3:
2x Tunze Silence Electronic return pumps about 1000 liters of return at 1,40Meter height per pump, a total of about 2100 liters throughput in the filter tank. Here is also the inlet of the metering pump.
Other equipment:
TECO TC10 aquarium coolers with UV-C and heater.

UPS with 120 Ah as emergency system illuminates SunaECO and keeps all Punpen for approximately 8 hours running.

For the coral:
-------------------------------------------------- --------------------------
- Aqua Medic plancto
- JBL Coral fluid
- Artemia alive and frozen
- Plankton and amino acids
Further information:
This concept comes from almost no frills, it was only the most necessary installed to the maintenance as simple as possible and to make filtering as effectively as possible. Heart of the system is the new Tunze DOC Skimmer and the metering of GroTech. Here the so-called vodka method is applied in particular, where possible, simple carbon molecules are fed (here in the form of methanol) to feed Anaerobic bacteria. The system has shown from the outset neither nitrate nor nitrite or Amonium / ammonia. In addition, the running-in phase was supported with mangroves, but rather play an optical role in the low number. Overflow and return flow are redundant and external, the system is backed up by an emergency.